The fine balance between looks and safety

Natural-effect matt porcelain tiles offer lots of benefits and, for many, good grip is a key feature. A good ongoing maintenance regime is really important with these tiles; if dirt and residue isn’t removed from between the high-low surfaces, it can quickly build up.  Add detergent residue to the mix and a surface will become slippery and more difficult to maintain.  There are several steps that you can take to safeguard a floor’s slip resistance and it’s not just about what you remove.  Protective finishes and sealants can also play a big part.

As matt porcelain doesn’t need to be sealed, early maintenance and protection isn’t generally considered. However, these tiles – especially designs with lots of texture - can be stained by grout and fixing residues.  It’s a particular issue outdoors, where brush-in jointing compounds are often used.  To avoid any problems, apply a quality porcelain protector before grouting. It will help protect the tiles from staining and make the removal of residues easier.  A ‘pre-and-post grout’ protector will also promote an easier installation, as it will improve/increase grouting working times. A final coat after fixing will also make ongoing maintenance easier. 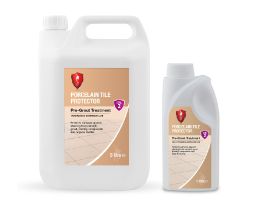 A good cleaning regime will help retain a floor’s slip resistance but, in a bid to maintain a just mopped look on tiles laid indoors, many cleaning contractors use detergents that contain ‘maintainers’. Whilst they create a waxy sheen, their residue attracts dirt and makes ongoing maintenance more difficult.  To create a sheen, a better solution is to use a good quality glaze protector, which will enhance appearance without compromising anti-slip rating, as long as it’s correctly maintained.  Our own protector, which is used internally - in tandem with a specific floorshine cleaner - has been around for nearly 20 years. 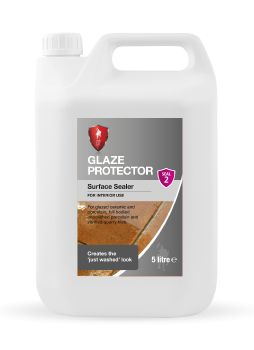 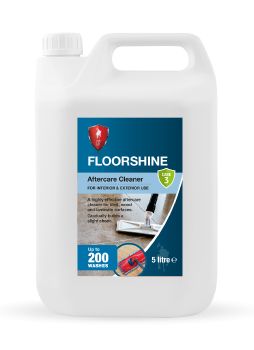 Historically, it was used as a self-shine sealing coating on surfaces that have no absorbency.  Glaze protectors are generally film forming so they wear; if a floor isn’t correctly maintained, dull, tram lines will appear in the most trafficked areas over time.  However, use the correct cleaner and it will lift the dirt from the surface and repair the damaged polymers in the glaze, relinking them and maintaining the floor’s finish and sheen. In this instance, we recommend a top-up coat of glaze every four years.  Total refurbishment isn’t generally needed until around 16 years, when the porcelain tiles should be stripped back and the protector re-applied.  Sometimes, floors in lower traffic areas will keep looking good - and performing well - for much longer.
For more information, visit www.ltp-online.co.uk, tel. 01823 666213 or email [email protected].  Or, for instant advice on-the go, visit www.ltp-productguide.co.uk
For media information and photography, please contact Angela Fitzhugh PR Ltd on tel. (01590) 610313 or email [email protected]

Back to the blog